Did you know a third of people who make New Year’s resolutions don’t keep them past January? It can be tough to stick to new goals, especially if it's cold and dreary outside. But venture out anyway: our librarians are here to offer free resources and cheer you on as you stick to your resolutions. 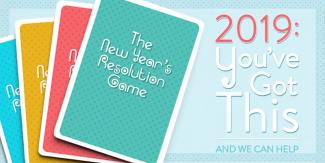 We asked our readers what they want to accomplish in 2019 and matched them with free library resources to get there. Because, this year, we’re determined to make the goal–but not break the bank.

Our next featured patron-on-a-resolution-mission is...

Christopher's 2019 resolution: spend more quality time with his kids and invest in their learning.

Boy, is that right up NPL's alley, or what?!

This is the perfect time for Christopher and his children to learn about outer space during Nashville Reads, our annual citywide book club. This year, we're all reading Hidden Figures, by Margot Lee Shetterly. It's the true story of four brilliant African-American women who helped the U.S. soar into the galaxy.

There are all kinds of events for Nashville Reads. For instance, Belle Meade Plantation is bringing the life of Roger Arliner Young, a marine biologist and the first African-American woman to receive a doctorate in zoology, to children and families at numerous library locations. Born in the late 19th century, Young fought against the odds to overcome not only racial prejudice, but also gender inequality, to obtain her Ph.D. in 1940. Christopher and his kids can be inspired by Young's story: do some hands-on animal science experiments, and make a sea animal craft and a bookmark in her honor.

Another good thing about this year's Nashville Reads selection? It has a version for every age of reader! 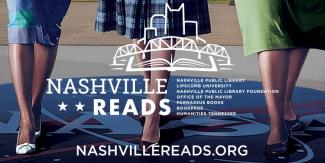 So hang in there, Christopher: NPL's got you covered.

Andrea, Allison, Kayla, Ed, Matt, and Eddie work together to share all the awesome things NPL does with as many people as they can!