Z is for Sue

Sue Grafton, author of the Kinsey Millhone alphabet mysteries and legendary pioneer for women in detective fiction, died last week at the age of 77. 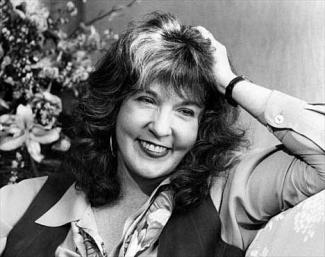 The alphabet mysteries were an ambitious project, and Grafton spent the last 35 years publishing 25 novels and one book of short stories centering on her introverted private investigator. Grafton was well known for her dogged refusal to license her works for movies and television, so we know that we now have all of the Kinsey that we are ever going to get. Her influence will endure, however, as she was also famous for her steadfast support for other female mystery writers.

While it is more than a little devastating to know that we will never read the mythical Z Is for Zero, we are fortunately left with plenty of Kinsey’s cases to revisit. If you feel like investigating a suspicious insurance claim, eating bread baked by an octogenarian, drinking sour wine at a Hungarian tavern, cutting your own hair with nail scissors, or dodging bullets on a foggy beach, here are some recommendations.

Get your bearings in Santa Teresa with the book that sets the tone for all of the others, A is for Alibi. [[nid:3416]]Kinsey’s first case after leaving California Fidelity (and her last case with her iconic Volkwagen Beetle) is a particularly juicy one. [[nid:3417]]Kinsey is an orphan, but she is somehow at her best when investigating family drama. [[nid:3418]]While this book veers from the naming convention, it delivers on a ton of groundwork laid in earlier cases.  [[nid:3419]]