Tom Tichenor continues to influence Nashville's libraries and communities through his imaginative hand-made puppets and love of performing.

What do you think first when you hear the word “puppet”? Strange? Creepy? Fantastical? Creative? Child-like? Well, you would be right about all those ideas. That’s the purpose of a puppet; to make you think and use your imagination. They help bring you into another world where anything can, and most likely will, happen. There are stories of adventures and tall tales where dragons exist and frogs can talk. Nashville Public Library has a long history with puppets, marionettes, and performing theater, thanks to Mr. Tom Tichenor. 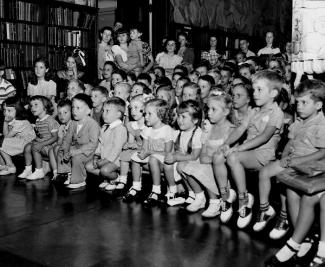 Nashville native Tom Tichenor was just a wee lad of fifteen when he gave his first puppet performance at Nashville’s Carnegie Public Library in 1938. Using his own hand-made puppets, he performed “Puss in Boots”. That began his career in Nashville as a professional puppet and marionette maker. His career spanned over more than forty years. During that time, he wrote and performed at the downtown library and on the WSIX-AM and WKNO radio stations. Tichenor had a six-year run on New York City’s Broadway with the musical Carnival, providing the puppets and their performances. He also made displays for the Macy’s department store and Cheekwood’s Botanical Gardens, had an ABC Christmas Special, and introduced one of his most-known characters “Poindexter the Dog” to public television. 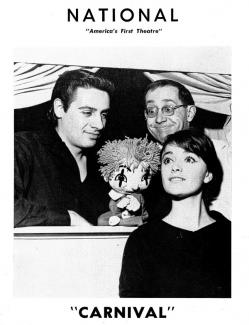 Nashville Public Library has over 450 Tichenor-made puppets and marionettes, including over 300 he personally donated before his passing in 1992. These fantastical creations continue to be used by Wishing Chair Productions in puppet performances at the Main Library and around town on The Puppet Truck.

Want to see puppets in action?

You can see these puppets being used at a variety of events throughout the year. For example, the Nashville International Puppet Festival happens every 3 years, including this year. Shows run from June 17th to 19th. It is a wonderful way to spend your weekend and see and experience puppet creations by Tichenor and puppeteers from around the world. Puppet performances continue into the Fall with “Cinderella,” a production that pairs Tichenor’s marionettes with a script by library performer, Mary Tanner Bailey, and music by Sarah Hart.

Visit the Special Collections department at the Main Library to view the Tom Tichenor Scrapbook. The collection contains photographs, news article clippings, personal letters and more. Select materials from the collection will be on display in the Special Collections Center from June 8th to 30th.While you're here, you can browse several books that give a glimpse into Tichenor's creative mind.

Borrow one of the many books written by Tichenor himself: Tom Tichenor's Puppets, Christmas Tree Crafts, Folk Plays for Puppets You can Make, Neat-O, the Supermarket Mouse, and Smart Bear. 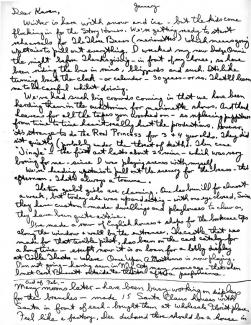 Sir Patches and the Dragon

Sara reads too many books at once, but is great at multi-tasking. She creates activities that tackle tough issues for all audiences.